IS THE BREWTUBERS HOMEBREW CLUB THE SAME AS A CLUB WHERE YOU MEET IN PERSON?
Yes and no.

Yes! –  We do meet in person, however it is usually in the form of what we call “A Homebrew Homecoming.”  This consists of the group of interested individuals coordinating a destination, date, and accommodations (hotel, travel, etc.) that generally results in a mini vacation of 2-3 days, generally over the course of a weekend. For example, the last Homebrew Homecoming was in SJ Porrs neck of the woods; Philadelphia, PA. You can actually visit his page as well as others like Josh Hoover (ManBearPig1122334455) and Clements Homebrew to see footage! Aside from the Homebrew Homecomings, we also meet as a group at the National Homebrew Convention (NHC). For example, in 2019 we had a booth at Club Night where we poured our beers for the first time as a club. Much like the Homebrew Homecomings, those Brewtubers in the club that document things on YouTube will record their experience and post it for all to see!

No – We don’t meet in person on specified weeks/months/etc, However now that BewTubers is an official club with voted roles, with both paid membership or non paid membership tiers, we have something for everybody. We have official Brew club meeting online utilizing the Brewtuber Zoom Account every first Friday of each month at 9 pm Est.. This allows folks from most of the globe to participate. We also engage in Unity Brewdays, Collaboration Brewdays, and Club Experiments. We were doing this platform long before COVID-19, We launched the Virtual Homebrew club in 2011, so yeah we are pretty good at this.

AS A BREWTUBER HOW CAN I SHOW PEOPLE I AM A MEMBER OF A HOMEBREWCLUB?

A few different ways! Firstly, if you’re a YouTube Brewtuber, visit our “Media” page under the “More Stuff” tab on the homepage. You can download the video and chop it up as you see fit, if you right click on the images select save as, then you can save a copy to your computer. Display Brewtubers logo as well as a video to put in the beginning, middle, or end of your videos!

– Camera shy but still want to show people? Tag us in your Twitter bio @Brewtubers!

ARE THERE WEEKLY/BI-WEEKLY/MONTHLY/ OR SEASONAL MEETINGS?

Yes! See FAQ above, there are over 900 members who call themselves Brewtubers on this side of the globe, and a separate group in Europe with an equal sized audience. This is needed due to the vast time differences. Brewtubers here in the “states” conducts monthly meeting as mentioned above for all to join. Free members must sign up on brewtubers.com or be invited as a guest, Paid membership is allowed immediate access.

ARE EVERYONE WHO POSTS VIDEOS ON YOUTUBE & OTHER SITES BREWTUBERS?

No! Unfortunately we’ve had other groups of people claim they’re Brewtubers, but we’re the only ones that have the official name licensed in the United States and registered as an official Homebrew Club with the AHA! We’re the original Brewtubers.

IS THERE A COST OR DUES TO BE PAID?

Yes- and No, as mentioned above there are two membership tiers, one is free the other is a paid yearly club dues. click here to see the benefits membership.

HOW DOES THE SITE PAY FOR HOSTING AND WEB PRODUCTS?

We are paid by sponsors, club dues, merchandise sales, and donations. We are a registered Non-Profit Social Club under the United States IRS rules governing that type of entity. All financials are made public once a year during our January club meeting. Any additional or excess funding is used for club purchases related to our Socials, Homebrew Home Coming, or Club Night at NHC. (subject to fund availability and club voting.)

ARE THERE EDUCATIONAL COMPONENTS TO THE CLUB LIKE THERE ARE WITH IN-PERSON CLUBS?

Yes, we do experiments! Instead of boring one another with a digital meeting where someone creates a PowerPoint presentation, a club member will run what we call an experiment where other members of the club sign up (we ask for no more than 12 to keep it manageable for the hub) to brew one recipe that the club member running the experiment decides on, keeping everything same except for one variable: a grain, yeast, water profile or hop(s). These challenges enable a group of 12 to select the same recipe and change only one item based on the experiment selected, at which point the beers are shipped by each individual homebrewer to the coordinator (or hub) who then sends one of each of those beers back to you for review. These experiments are fun, enlightening, and a lot is learned from each one! As of right now, at least until we create a form of dues, each club member taking part in the challenge is responsible for shipping to the hub and receiving beer back. Those in the club that chronicle their experiences on YouTube will review some or all of the beers on camera. Additionally, the educational component comes in the form of why we’re named Brewtubers; there’s plenty of free learning that’s done in the members’ video blog on YouTube! Videos are created, ideas related to brewing and the process are discussed, and much is learned. To get an idea of what we mean, Search “Dual Grain Triple Play Hop Challenge” on YouTube where a group of Brewtubers recently took part in a hop challenge, brewing a beer keeping the grist and yeast the same, only changing the hops. If you’re looking for additional examples, YouTube search “yeast, grain, or hop challenge” individually.

DO I HAVE TO MAKE VIDEOS TO BE IN THE CLUB?

No, you don’t! We do ask that you at least participate in some activity, whether it’s commenting on videos on YouTube or the links on Facebook, group chats on WhatsApp! and Facebook, attending group get together both digitally or in person, or creating an account on the Brewtubers website and posting and responding to the Brewery (forum). Additionally, follow us on Twitter and Facebook, and ask to be added to the Brewtubers group page. Of course we welcome you to be more involved in other facets of the club, such as posting videos, commenting on videos, donating to the website, and entering into competitions either locally or nationally as Brewtubers Online Homebrew Club being your club name.

Yes, Brewtubers Online Hombrew Club is officially listed on the American Homebrewing Associations website. and is a federally registered social club under the not for profit rules governed by the IRS. 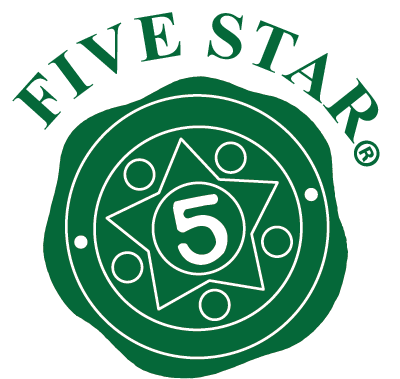